I love Google+, really, but there is one thing that bugs me out: Limitation of circles …

Do you have different friends on Google+ as on Twitter and Facebook?
Do you speak multiple languages and use different Twitter accounts to separate them?
Do you feel limited in your sharing behavior?

Today we are using the web and it’s given tools and networks to share our experience, knowledge and much more with the world, our friends, business partners and family – It’s a great thing!

But there is one major problem I have with all social networks:

The stream, feed or timeline itself which influences my sharing behavior.

Let’s take a look at Google+ Public stream.
Whenever I post, everyone who has circled me will see my public post in his stream, relevant or not. Business post or personal stuff, it doesn’t matter.
To separate my sharing I need to choose a circle with members I have added but what about members that have circled me but I haven’t circled them?

I have my friends in a circle called, well, friends. Each time I want to reach them, I just need to set the permission only to this circle within my post, so far so good!
Some Google+ members are following me cause they are working in the same field as I do, marketing.
Whenever I post something marketing related to my public stream, all my friends will see the message as well but to be honest, they don’t really care about this but they have to deal with it as I have shared this with the “public” circle to reach everyone who is following me.
Why? Simple, I can’t and won’t circle everyone who is circling me but want to reach those who are not in my circle.

Members working in the same industry are taking place in my “marketing” circle. So each time I share a message with this circle, to avoid annoying my friends stream, I’m missing quite a lot of other members who are following me.
Maybe you have found someone you are interested in to circle, as you really like his topic related posts such as “Biking”, but you are not interested in his private other stuff, what are you doing?
Do you circle him and accept the mess on your stream with his funny animated cats postings each day? Or do you drop the useful information to keep your stream clean?

English is not my native language so I have friends and followers who don’t care about my english posts but they have to deal with them.

Exact this problem is on each other network as well: Facebook, Twitter, etc.
I thought about tweeting via two different accounts but it wasn’t worth. Sticking to one account could be problematic as well, you could annoy all other followers who don’t understand your language.
What should I do on Facebook?
Choosing just one language is like unfriending all others.
I have tried to use tags in my Google+ or Twitter updates, like (EN), as the first words on my post. Everyone will see it from the very beginning in which language I’m posting, without any further digging they can skip or read it. But this didn’t worked, I’m just using two more characters in my post.

Here is my thought about a working solution for Google+ and from my point of view, it would be a massive enhancement:

Yep, Public Circles are user created circles for the public. *Word Game*
What does it mean? Simple, I would like to create a circle that anyone could “circle himself” to it. A kind of subscription like we have on Facebook or on our own Website.

Let’s have a look why it could be helpful with some examples:

Let me offer a public circle for all i.e Klingon speaking members (really, it’s just an example – I’m not able to speak any word in that language). I don’t have to fear that my friends, business partners or anyone else who is not understanding this language are getting annoyed.
Whatever we think about global communication, the language barrier is still an important factor we are facing in our “every day getting closer world”. I’m used to write, speak, listen and post in English as I want to reach and connect with as many people around the world as possible, but I also want to keep up with my native language speaking friends 😉

Just an idea how it could look like from the visitor view:

Again, it is all about new members who want to circle me. I want to give them the chance to choose which topic they are going to follow.Maybe they are just interested in my Travel postings and not my Social Media and Marketing related shares.

Adding someone to my circles is a personal action I do, so there is a reason for it and it’s different from the public stream.

Sure this is all theory but it would be such a great feature which would separate Google+ even more from all other Social Media Networks.

What are your thoughts on this? Do you post bilingual as well? 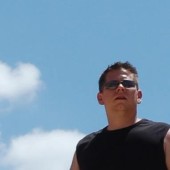 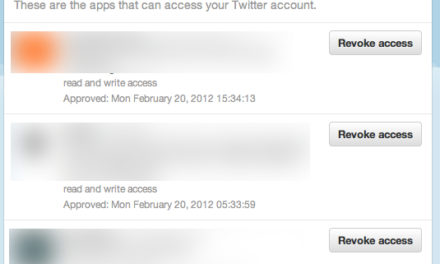